A new sequel of V/H/S/ is released in theaters this year and since I have watched the first one, I decided to watch the continuation. The film was about the two private investigators who are employed to find a missing university student. They went to the house of the student for their investigation, but they only found empty area and only a pile of VHS and TV tapes were there and there were “watch” written on them. I think I like more on this sequel than the first one, but it was still a mediocre horror movie.

Better than the previous film

In this movie, it was more crashing, more comical, heavier, but also shorter as compared to the previous movie. Even though this film had a short time, but it was just enough to see what it could offer to the viewers. This film had four segments that can be found in the collection, the two were great, one was good and the other one was fairly entertaining. Honestly, I enjoyed watching the first one, but I like this film more. There was a great improvement in the production of the whole film.  Typically, this one was better than the original film.

The first segment was called “Phase 1 Clinical Trials”, was about a man who had been undergone into eye replacement which leads him to see ghosts. This ghost tale tape is full of fun and creepy at the same time. The story line was so scary and spine-chilling. I enjoyed watching it because of the jump scares it could give, but there was refutable scene here that did not make any sense at all. Still, I like this first segment, especially the underwater scene.

A Ride in the Park

The second one was “A Ride in the Park”, it centered on zombie and crass intestine eating scenes. It was a short zombie storyline. It was a cool zombie short that had the potential to be better. In this segment, it was quite comedic than a horror one. Even though, it was quite unusual for a horror film to have a comedic twist, but I still like it. Thanks to some fantastic scenes here. 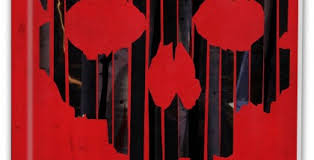 Safe Haven was the third segment was, an Indonesian horror tale that shoots a documentary about a cryptic cult that resides in the countryside. This was the best segment out of the four. It was the craziest, but entertaining part. If putting more attention, it could be expanded better. There was flakey, violent and fun at the same time on this segment.

The last part was the “Slumber Party Alien Abduction”, a storyline about aliens intruding a slumber party. This film was short and completely intense. What I noticed on this segment was the unique way of making it. However, there were times that it came in my mind what was going on, but I was still entertained.

Overall, this film was fun, entertaining, comical and over the top insane and violent. It was a lot better than the previous film.